The Chinese had a long history in Angels Camp, first working the diggings in China Gulch east of town and along a tributary of Angels Creek.  Their camp was described by J.D. Borthwick, an artist who spent three years in the mines from 1851-1854 (Borthwick 1948):

While walking around the diggings in the afternoon, I came upon a Chinese camp in a gulch near the village [either China Gulch or Angels Creek].  About a hundred Chinamen had here pitched their tents on a rocky eminence by the side of their diggings.  When I passed they were at dinner or supper, and had all the curious little pots and pans and other “fixins” which I had seen in every Chinese camp, and were eating the same dubious-looking articles which excite in the mind of an outside barbarian a certain degree of curiosity to know what they are composed of but not the slightest desire to gratify it by the sense of taste.  I was very hospitably asked to partake of the good things, which I declined; but as I would not eat, they insisted on my drinking, and poured me out a pannikin full of brandy, which they seemed rather surprised I did not empty.  They also gave me some of the cigaritas, the tobacco of which is aromatic, and very pleasant to smoke, though wrapped up in too much paper.

The Chinese invariably treated in the same hospitable manner any one who visited their camps, and seemed rather pleased than otherwise at the interest and curiosity excited by their domestic arrangements.

By the mid-1850s, the Chinese had established a community just north of Angels Creek, east of Main Street, along both sides of the Angels Camp-Murphys Road.  At that time 20 lots with buildings were depicted, including Sam Choy’s brick store, adobe building, and seven wooden buildings, as well as Sien Lum’s (Luen Sing) brick store and five wooden buildings.  The Sze Yup Company owned one building, so they undoubtedly controlled the Chinese in Angels Camp.

At its height the Chinese population reputedly numbered around 200, but this number may have been inflated, as in 1860 there were only 83 in Chinatown.  In 1870 the population was 37, with four merchants, four gamblers, an opium seller, barber, two laundrymen, and several miners or men “without employment,” suggesting that the placers had been exhausted.  During these years, however, Chinese miners were also residing in Altaville, Greenhorn Creek, Washington Flat, Carson Creek, Angels Creek, Slab Ranch, and other nearby placering areas and obviously visited Chinatown for their foodstuffs and entertainment.

By the 1890s only 30 Chinese remained in Chinatown, which at that time consisted of about 20 separate properties and included gardens, lodging houses, gambling and opium houses, three stores (two of brick and one of adobe), and a wash house.  Most of the vegetable gardens were located along the creek, and hogs and ducks were raised both for the use of the Chinese and for sale to local markets, as were the excess vegetables.

Most of the Chinese were single men, so many resided on bunks in lodging houses.  There were, however, a few families, mostly of the merchant class.  Chinatown, except for the Sam Choy and Luen Sing stores, burned to the ground in 1885, but was quickly rebuilt on a smaller scale, but much of it was swept away in the flood of 1909.

The Chinese population in Angels Camp reflected that of Calaveras County, which declined from 22.4% of the population in 1860 to 0.5 % in 1910, mirroring the rise and fall of placer mining on the rivers and streams and the result of the Chinese Exclusion Act of 1882.  By 1900 those who remained in Angels Camp were employed by Whites, as laundrymen, cooks, and other menial jobs, usually in the hotels and boarding houses catering to single male miners, although two stores were still operating in Chinatown, and a few continued mining for placer gold. 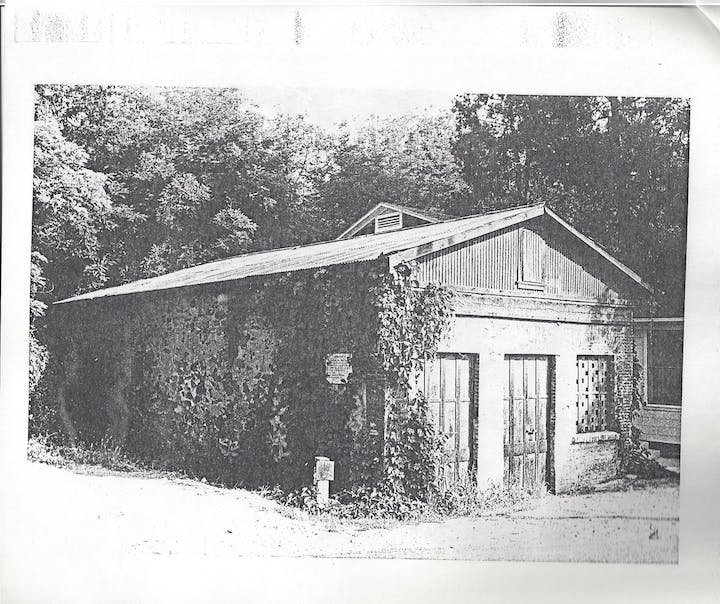 By 1856 Chinese merchant Sam Choy was assessed for a store and fireproof store room (valued at $450) on the east side of Main Street in Angels Camp, on the site of the present Mercantile Building…