By the 1890s the Mi-Wuk who had traditionally lived in Sandy Gulch (on Highway 26) moved to West Point, building their village on the site now occupied by West Point School. Sometime prior to 1900 they were again forced to leave and Captain Eaph and Frank Fisher moved to their final destination on Bald Mountain Road, east of West Point. In 1914 they applied for and were granted Indian Allotments on that land by President Woodrow Wilson. They constructed first traditional dwellings, and later board houses which today have been replaced by modern homes. The roundhouses at the Eaph property were the locations for the Big Times celebrations, a tradition recently revived by the construction of a new roundhouse several years ago on the Frank Fisher Allotment by the modern Mi-Wuk population.

The town of West Point was established as a mining supply camp by 1854. Because of a lack of established trails, early emigration to this area came from Volcano, across the Mokelumne River to the north. By 1857, precursors of Highway 26 connected the community via stagecoach west to the thriving town of Mokelumne Hill, while Bald Mountain Road, which appears on the GLO Plat of 1873, served the easterly mining settlement of Camp Spirito.

Water, key to all economic development in the arid West and particularly to mining, was brought to West Point during its earliest years. According to local historian Judge J.A. Smith:

“Two ditches also brought water into West Point for mining during the ‘50s. One came from Bear Creek and the other from the North [branch of the] Middle Fork of the Mokelumne River or Forrest Creek. One of these ditches is now in private ownership, the other belongs to the town of West Point and furnishes water to the community.” (Smith 1957:2)

This latter ditch, the Middle Fork Ditch, is evidently the one noted as still serving the community in the late 1950s. It was taken over by the Calaveras County Water District (CCWD) in the 1960s, when the company acquired rights to most of the water ditches in the county and constructed pipe systems to deliver the water, abandoning the early mining ditches.

Although mining continued to be successful into the 20th century, the economy expanded into timbering, lumber production, and charcoal manufacture. Railways were never developed in this portion of the Stanislaus National Forest, although the grades were used for hauling timber by truck – a method that dominated the industry by mid 20th century. 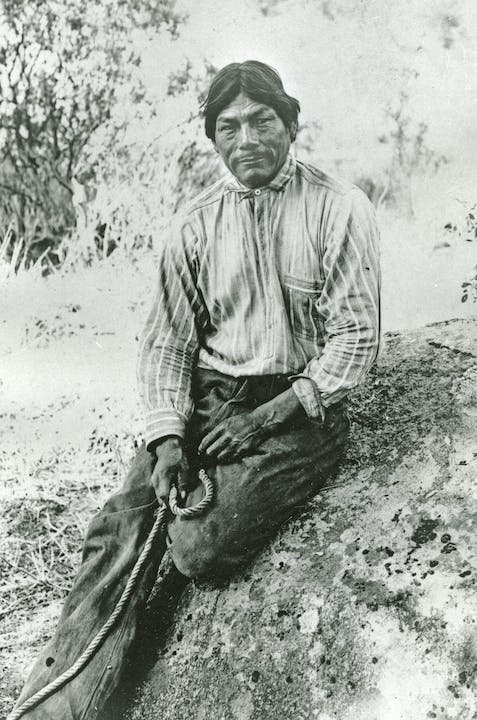 Known as Indian Eaph, Captain Eaph, and Eaph Cummings, Eaph was interviewed by the University of California, Berkeley, ethnographers C. Hart Merriam and A.L. Kroeber in the early 1900s, providing much…