Dorrington, a historic stopping place on the Big Tree-Carson Valley Road, was originally known as Cold Spring Ranch (NW ¼ of Section 12, T5N, R15E). The first recorded mention of the ranch was in November of 1853, when Clark and Benjamin Stockwell sold 160 acres to G. H. Woodruff. The property then passed through several hands until sold to John Gardner and William A. Gibson in January 1868. Gardner built a hotel, across the highway from the present hotel, and when it was destroyed by a fire, built the present hotel in the early 1880s. Stock corrals were erected, a general store opened, a school built, and the stopping place became a toll station on the Big Trees-Carson Valley Turnpike from the 1890s until 1910. Known as Gardner’s Station when a post office was established in 1902, the Post Office Department objected to the name because there were so many others of the same, so the maiden name of John Gardner’s widow, Rebekah Dorrington Gardner, was chosen instead (Wood and Bishop 1968:40-41).

Camp Connell was established in 1928 by Jack and Noreen Connell (SW ¼ of Section 1, T6N, R15E), who had purchased the Dorrington Hotel property in the mid-1920s. With auto traffic increasing and the old hotel in need of repair, the couple decided to build the Camp Connell Store, complete with gasoline station, general merchandise store, and a campground. Camp Connell quickly became a stopping place for travelers along the Ebbetts Pass Highway, as well as a gathering place for local residents and cattlemen. The post office was moved there from Dorrington in 1934 and remained until 1978, when it was returned to Dorrington. The stopping place was sold to the Anderson family in 1947, who subdivided lots in Dorrington and built the A-frame units across Highway 4 from the old hotel (Las Calaveras 1996:35-37).

Hinkleman Meadow, located east of Dorrington (NW 1.4 of Section 6, T5N. R16E), was once the site of a small store, hotel, and stock corrals. The upland cattle ranch was occupied by Bill Hinkleman from the turn of the century until shortly after World War I. It is now the location of the Dorrington Forest Service Station (Johnson 1999:13, Las Calaveras 1988:21-22). The meadow was encircled by another road in the 1870s, identified as an “old road,” which coursed northeasterly from Gardner’s (southeast of the present road) and connected with the Big Tree and Carson Valley Turnpike just east of Hinkleman’s (Wheeler 1877).

The Mohawk Sawmill of the Union Water Company was located on Mill Creek, where it crossed the Big Tree Road (SW ¼ of Section 32, T6N, R16E). Constructed in 1855, the steam sawmill provided lumber for the flumes of the company which brought water for mining purposes to Murphys and Angels Camp. The mill was noted as “a fine one, capable of producing 1000 feet of lumber per hour” (State Surveyor General Annual Report, 1855).

The Pool and England ranch was apparently later sold to A. J. Sewell, who in 1873 was assessed for a 160-acre ranch on both sides of the Big Tree and Carson Valley Road (SW ¼ of Section 32, T6N, R16E), with a house located west of Mill Creek (Calaveras County Assessment Rolls 1873, General Land Office 1876). East of Sewell’s ranch was the ranch of George A. Wood, patented in 1892, and located on the north side of the road (Calaveras County Patent Maps, USGS 1901).

Black Springs (NW ¼ of Section 15, T6N, R16E) was noted in Taylor’s Guide Hotel Directory in 1857 as being located nine miles from the Big Tree Grove and 90 miles from Stockton (San Andreas Independent, October 1857). The ranch was patented in 1862 by William Carmichael and Jacob Pettit, and encompassed 160 acres on the “Big Tree Road leading to Carson Valley” (Calaveras County Land Claim Book C:590). In 1865 J. H. Lowman was assessed for the ranch, the record noting that he had “household furniture, one wagon, one American cow, one Spanish horse, and two mules” on the property (Calaveras County Assessment Rolls 1865).

An “old log house” was depicted on an early map of the area (SW ¼ of SW ¼ of Section 11, T6N, R16E) located about one-quarter mile east of Black Springs (General Land Office 1876). The land was not patented until 1907, so the builder of the log home is unknown.

Jackson, W. Turrentine
1964   Report on the History of the Grover Hot Springs State Park Area and Surrounding Regions of Alpine County.  Division of Beaches and Parks, Department of Parks and Recreation, State of California.  Reprinted by the Alpine County Museum, Markleeville.

Maule, William M.
1938   A Contribution to the Geographic and Economic History of the Carson, Walker, and Mono Basins in California and Nevada . California Region, Forest Service, U.S. Department of Agriculture, San Francisco, California. 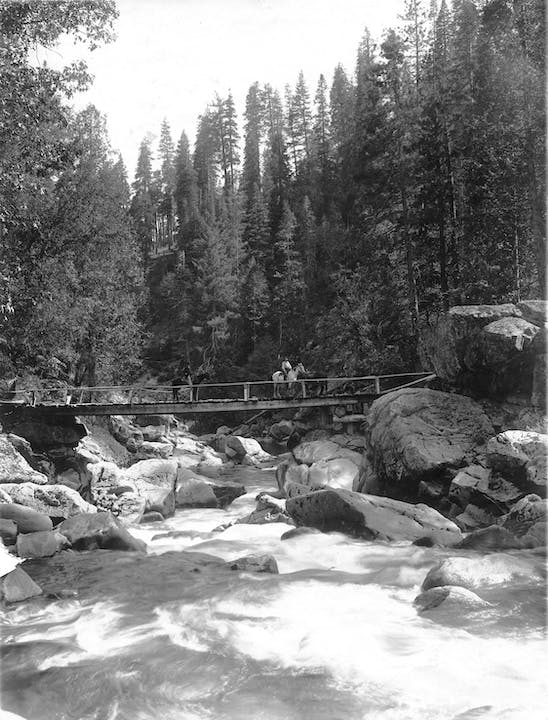 The natural-minded scenic seeker will soon notice the many different plant communities spread along Highway 4. Plant communities, which include the fauna living year round or seasonally in the… 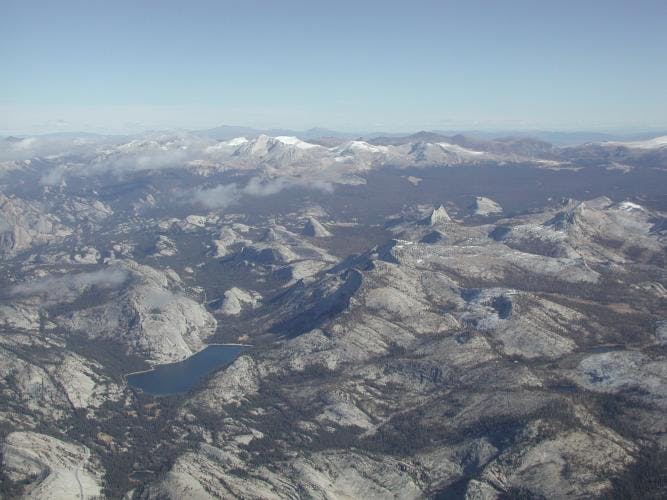 As a scenic seeker venturing into this beautiful portion of the mighty Sierra Nevada, it will be important to remember that underlying all that scenic beauty is GEOLOGY!  It’s all geology. Geology…