The Mexican War of 1848 instigated California’s entry into the United States of America. For Calaveras County, one of the state’s original counties, the soldiers who came to California as part of the war effort were instrumental in the Gold Rush that exploded in the area and additionally provided many of its first government officials. Veterans of the war, and some also of the previous Texas War of Independence, became the county’s first alcaldes before statehood and first sheriffs afterwards. Whether with Colonel Jonathan Stevenson’s 1st New York Volunteers (Stevenson’s Regiment), whose ranks discovered gold in Mokelumne Hill and established mining laws following their muster out, or members of Col. John C. Fremont’s California Battalion who founded towns such as Murphys and Angels Camp, or soldiers of the regular U.S. Army such as Sgt. James Carson, the namesake of Carson Hill, they were here as warriors, explorers and pioneers. Following the conflict, whose conclusion ceded California from Mexico to the United States, the Gold Rush ensued and many more veterans of the Mexican War made their way over sea and over land to pursue their fortunes in California and in Calaveras County. 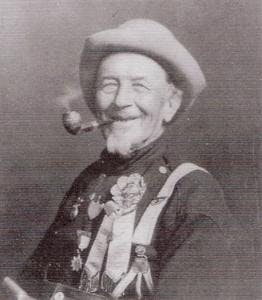 Note: Residency for a veteran is defined as fulfilling any of the following conditions–listed in the U.S. Census, registered to vote, married, divorced, buried, had children, owned land or other property, conducted a business, claimed a mine, member of a fraternal organization, paid a bounty by the county or named in a newspaper or family record as having lived in Calaveras County before, during… 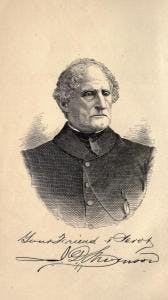