Mokelumne Hill’s Chinatown stretched along East Center Street, from present-day Shutter Tree Park east to the edge of the Catholic Cemetery, and south up what is now called China Gulch. It was said to be one of the largest in the County and featured two temples: the Taoist Temple in the now-empty lot next to the park, and the Buddhist Temple farther to the east. Surviving earlier fires and floods, the community was nearly wiped out by a fire in 1898, started by a bombing of the Taoist Temple by the rival Buddhists. The last standing buildings were in Shutter Tree Park, named for an iron shutter from the ruins of Chung Kee's store that became embedded within an adjacent Chinese Tree of Heaven. 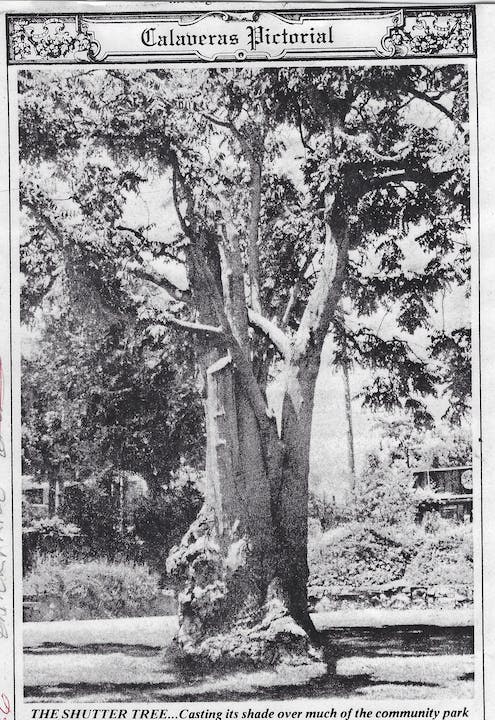