Californians – and Calaverasites – indeed served, fought and perished during the Civil War. Though there was a strong strain of Confederate sympathy and support among the populace, the vast majority served on the side of the Union.

Before there was even a chance to form a California regiment, county residents eagerly sailed to the East Coast to join the Union’s 2nd Massachusetts Cavalry as Co. E, dubbed the California One Hundred. Others who had come here during the Gold Rush and returned home before the conflict broke out in 1861 also enlisted in the East. Many more who had remained in the state were mustered into the various regiments of the California Volunteers, including the three companies raised in Calaveras County: Co. E of the 7th (called the Golddiggers’ Regiment), Co. H of the 3rd and Co. H of the 8th. While these men did not fight on the war’s famed bloody battlefields, they too served the Union by occupying forts throughout California and the Southwest. They prevented a Confederate takeover, kept the lines of communication and supplies open, and secured California’s place as a Union state. They suffered as well, a few dying of disease and a few killed in action during conflicts with Native Americans.

There were also many more men who served during the War of the Rebellion–including Confederate soldiers–who traveled to Calaveras County after the conflict was over in 1865, particularly following the establishment of the trans-continental railroad. Long after the Gold Rush, they arrived alone or with their families to begin new lives in a new land. 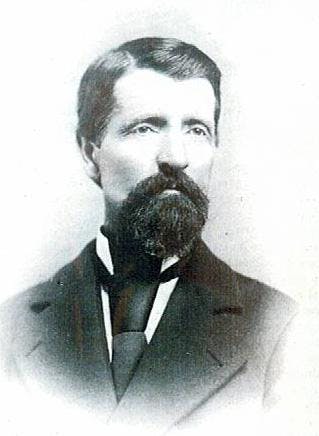 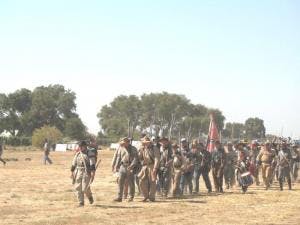 This project by Sal Manna began in 2009. However, the difficulty of tracking Confederate Civil War veterans, particularly in California far from their native Southern soil, is significantly more difficult than researching those in blue. There are certainly more boys in gray who resided in Calaveras County than are listed here, though this is the most complete and accurate roster to date. Please… 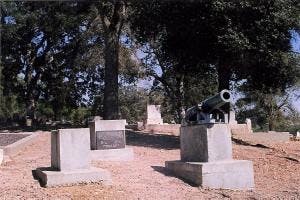 In late 1889, Chickamauga Post 149 of the Grand Army of the Republic, the national organization for Union Civil War veterans, was chartered in Burson, Calaveras County, California. As the first G.A.R…